The sole European member of the top six 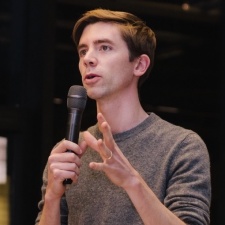 Hypercasual publisher Voodoo has celebrated reaching the six billion downland landmark, asserting the company as receiving the third-largest number of app downloads, surpassing the likes of Microsoft, TikTok and Tencent.

Since the creation of the App Store, Voodoo has amassed six billion downloads across its portfolio of more than 100 games, which places it in third behind Meta and Google. The milestone was reached in February, nine months after Voodoo arrived at five billion installs.

The French publisher tweeted: "Voodoo is the only European player among the top six, which is dominated by US and Chinese tech giants."

According to Voodoo, the publisher reaches a total of 300 million users per month and its most downloaded title, Helix Jump, has been downloaded almost half a billion times on the App Store alone.

A total of four titles in its catalogue have reached at least 250 million installs on the store, and among the company’s latest releases are OHM Games’ Run Rich 3D and Playphoria’s Moon Pioneer.

Currently, Meta leads in downloads with 16 billion and is followed by Google’s 15 billion. Meanwhile, Tencent is still close behind Voodoo in fourth, having amassed 5.7 billion installs.

At the time of the downloads milestone, Voodoo head of publishing Alexander Shea said: "Reaching six billion downloads is a great way to kick start a fantastic year for us here at Voodoo. We’re delighted to be working with hyper-casual’s most talented studios and congratulations to all those who have contributed to hitting this milestone."

Voodoo revealed plans at the tail-end of last year to invest $200 million in blockchain games through the funding of studios with "interesting ideas".