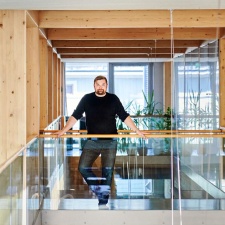 Fingersoft’s Hill Climb Racing 2 is now playable on the cloud via Facebook Gaming, as the franchise approaches its tenth anniversary.

In April 2022, Fingersoft celebrated the surpassing of two billion downloads across the Hill Climb Racing franchise, which was launched in 2012. The title is now available on iOS, Android, Amazon App Store, and Meta’s streaming service.

Fingersoft CEO Jaakko Kylmäoja commented: “Cloud gaming has been rapidly making waves in the gaming industry, and we have been following the technological innovations and potential there with a keen interest.

Throughout 2021, Hill Climb Racing 2 has gained around 70 million new players, and received around 1.35 million DAU.

Recently, Fingersoft and Meta spoke on PocketGamer.biz on refining Hill Climb Racing's monetisation, including a discussion on how Hill Climb Racing's earliest days with one in-game currency has left an impact on future design opportunities. Tellingly, Activision Blizzard's forthcoming Warcraft Arclight Rumble will also begin its beta period with only one in-game currency.