Opening in its "second most important" European market 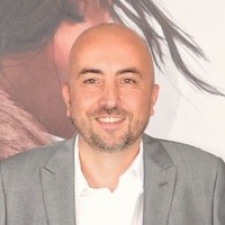 Paris-based publisher Microids has today announced the opening of a new representative office in Berlin, Germany as part of its expansion plan.

Set to spearhead deals with publishers and studios in Germany, Austria and Switzerland, the new office opens as 85 per cent of Microids’ revenue is reported to have come from outside of France.

The Microids Group made $55 million in revenue last year, representing growth of 60 per cent from 2020 as the company has continued to expand worldwide and bolster its IP catalogue. Two new studios have also recently opened in Paris and Lyon.

Microids CEO Stéphane Longeard said: "With the setup of our own distribution network in France (MDF), the opening of two studios in Paris and Lyon as well as a minor stake in Osome Studio, these past two years have been decisive for the Microids Group.

"Over the last few years, Microids also opened representative offices in Japan and China (2019 and 2021 respectively), increasing our presence in Asia and broadening our catalogue."

Meanwhile, Microids in fact already has a representative in Germany: its VP of sales and business development Julien Renzaho.

"This new entity in Germany will help us increase our growth in Europe significantly, and we’re very proud to entrust our esteemed collaborator Julien Renzaho for this crucial task," Longeard added.

Renzaho commented: "Opening this new office in Berlin is a logical step for Microids’ growth, since the German speaking countries represent our second most important market in Europe after France."