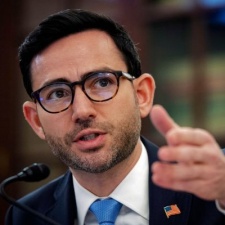 The US Federal Trade Commission (FTC) is seeking to strengthen its guidelines in an effort to stop advertisers from posting fake positive reviews and warning social media platforms about the potential abuse of their platforms, following “an increas[ed] rel[iance] on social media and product reviews to sell their products”.

The FTC has issued a notice, along with recommended guidelines, stated that social media companies have been warned that tools for endorsers are insufficient and may expose them to liability. These guidelines cover “phony reviews”, adding that advertisers should not distort or misrepresent what customers think of their goods when obtaining, suppressing, boosting, arranging, or altering consumer reviews.

They also clarified that the guidelines include tags in social media postings, changed the definition of "endorsers" to include virtual influencers (computer-generated fictitious characters), and added an example addressing the microtargeting of a specific set of customers.

Furthermore, the FTC has recommended adding a new section highlighting that child-directed advertising may be particularly problematic and that children may react differently to advertisements or relevant disclosures than adults.

Samuel Levine, director of the FTC Bureau of Consumer Protection said: “We’re updating the guides to crack down on fake reviews and other forms of misleading marketing, and we’re warning marketers on stealth advertising that targets kids.

"Whether it’s fake reviews or influencers who hide that they were paid to post, this kind of deception results in people paying more money for bad products and services, and it hurts honest competitors.”

With IAPs driving less than 50 per cent of revenue, and privacy changes from Apple and Google disrupting the ad monetisation landscape, advertisers are under increasing strain to best express the value of their games. Rovio's Claire Rozain discusses the latest advertising trends and examples in her weekly column, UA Eye.