Twitter woes, commercial failures and porting issues, and fighting burnout among influences towards the one-man studio’s closure in May 2022 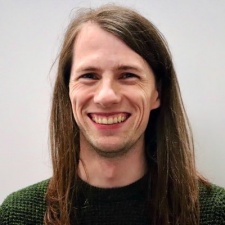 Following the closure of indie mobile games developer Force of Habit on May 25 2022, Ashley Gwinnell, director and co-founder, shared his extensive thoughts on shuttering the studio after a decade including the stagnation of its creative output and managing burnout and enthusiasm.

In the Force of Habit blog – which had previously been most recently updated on September 2019 – Gwinnell specifies a lack of progress on game projects since 2018, with his attention split between full-time contract work since the start of the pandemic, and his most recent game-in-development, Retro FPS Roguelike, “was hitting roadblock after roadblock, in both technical and aspirational/design respects”.

This is in-spite of numerous smaller achievements, including a strong array of prototypes – “top 10 in various Ludem Dare voting categories”, as detailed in a supplementary Twitter and LinkedIn post – and

Gwinnell stated: “With no co-founder [Nick Dymond], working solo since 2016, no investments/deals, and thus juggling passion projects and the mortgage (etc), some might say this was inevitable.”

No time for toast

With the lack of progress on new projects, Gwinnell instead pivoted on converting Toast Time – released on Android and iOS on 2013 and 2014, respectively – to the Nintendo Switch.

However, Gwinnell has previously revealed detailed information about the financial performance of Toast Time, including its incredibly poor performance on Switch despite “loads of good coverage from the PR effort”, which failed to breakeven on the porting expense.

Toast Time has also been removed from the Google Play store, a move consistent with Google and Apple’s approach to preservation and the source of considerable criticism in recent weeks – with as many as 7,000 apps eligible for purging from the App Store.

Gwinnell also detailed difficulties with Twitter’s support following the suspension of Force of Habit’s Twitter account and primary social channel in May 2021, after the account was compromised through a Connected App token and began posting violent and racially insensitive content.

Gwinnell stated: “After countless support ticket requests, and receiving the same blanket response each time, it looks like the situation is unresolvable.

“I can't delete the tweets, I can't export the data, I can't get the 8+ years of outreach and audience-building back. Twitter was our primary social platform. Our years of video game history is lost.”

Gwinnell posted a list of countermeasures, including two-step authentication and to routinely export your social data, but ultimately advised not committing to a single channel: "What if you've paid for Twitter Ads too? Well, turns out you're not special; try submitting your request a few more times, maybe you'll have better luck than I did."

IMPRESS has been available to select developers, including Snap Finger Click. According to the IMPRESS website, Snap Finger Click co-founder Martijn van der Meulen remarked: “Coverage Bot has been a great addition for our community […] We couldn’t do without it now.” The platform will be launched in the coming months.