Majority stake follows 2018 investment of $4.2 million in the London studio 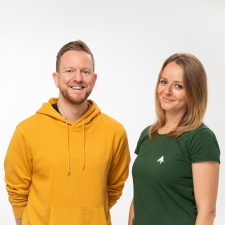 Mobile games industry leader Supercell has acquired a majority stake in London casual developer Trailmix, following a $60 million investment in the firm, consisting of debt financing and an equity round.

This investment follows Trailmix’s pronounced success with its debut release, Love & Pies, released just eight months ago, on 30 September 2021. Despite the majority stake, Trailmix will continue to operate independently and autonomously, in a similar fashion as other Supercell-supported studios including Space Ape Games.

Carolin Krenzer, co-founder and CEO of Trailmix, stated to PocketGamer.biz: “The relationship with Supercell has been one of mutual respect and mutual learning over the last few years. There is so much knowledge exchange between Supercell and its investee companies – they have built such an incredible portfolio of companies and we’re looking forward to continue working very closely with all of them.”

Krenzer confirmed that the focus will remain on Love & Pies: “The game has such amazing metrics including D120 retention above 10 per cent, and players absolutely love the characters and the world we built - so we’ll double down on that.

“We’re also growing the company as a whole and are looking for amazing new team members! The partnership with Supercell will allow us to work on crazy new stuff and really take ’casual mobile gaming’ to the next level.”

There will be no changes to the executive team, which will continue to consist of Krenzer, co-founder Tristan Clark, and chief technology officer Richard McKinney. Krenzer added: “In fact, we would not have agreed to a deal which would have caused a change in the leadership. We’re in it for the long term!”

Supercell CEO Ilkka Paananen also stated: “We are very excited to be acquiring a majority stake in Trailmix. The team has done a marvelous job with Love & Pies, and the company is setting a great example for the industry in having a positive impact on players.

“It has been a privilege to get to be a part of their journey from the beginning – Trailmix’s vision to build a diverse team to create inclusive games for everyone has inspired us, and we can’t wait to see what their talented team comes up with next.”

Trailmix’s Clark was a speaker at our recent Pocket Gamer Connects London event, and Space Ape Games – of which Supercell acquired a 62 per cent stake in 2017 – outlined the complex journey – and discarded bodies – of its latest release, Beatstar.