Investment will be used to expand the team sixfold, open a new office in Berlin, and create the firm's first casual title 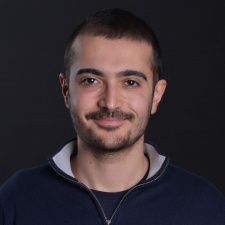 Turkish mobile games studio Cypher Games has secured $3.2 million in a pre-seed financing round led by the game venture capital firm Play Ventures, with the participation of 500 Global, Joakim Achrén, founder of Next Games and Elite Game Developers, and Akin Babayigitf, founder of Tripledot Studios.

The investment will be used to expand their team sixfold by early 2023 and build their first casual mobile game. The company also seeks to establish a new office in Berlin, allowing its workers to work from anywhere.

With a specialisation in mobile puzzle games, Cypher Games previously developed Merge Barista for Zerosum Games, which was then bought by Rollic in 2021.

Cypher Games CEO Anil Simsek commented: “Turkey has a huge talent base potential and we are rewarding a sizable stock option pool for our colleagues. We believe in cooperative success with involvement on equal grounds instead of a me-oriented approach. Therefore, we want our colleagues to be shareholders at our firm.”

Harri Manninen, the founding partner of Play Ventures said: “We are proud to lead the first investment round into Cypher Games as they begin their quest to become a leading global casual gaming studio.”

“Turkish mobile gaming ecosystem is extremely strong and we are very happy to see young founders like the Cypher team emerging and joining the ranks of the existing players such as Peak, Dream and Bigger Games.”

Fundraising can be a considerable hardship for developers, but there has been recent reason to celebrate, with Supercell's commitment to Love & Pies developer Trailmix and Village Studio's latest €2.1 million pre-seed funding.