Gacha and battle pass elements are integrating into many genres 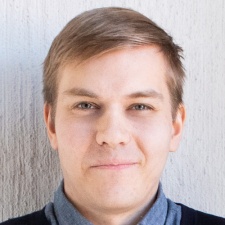 The release of GameRefinery’s Innovative Monetization Features Snapshot Report has revealed which monetisation strategies are presently proving successful in the mobile gaming market.

Among the types of in-app purchases being implemented in mobile titles, the report found battle passes and gacha systems to be among the most rewarding for developer revenues.

Bring on the battle pass

The report found battle passes to be one of the most popular methods of monetising F2P titles, appearing in roughly 60 per cent of the top 20 per cent grossing mobile games. Refining of battle pass strategies are ongoing, with social elements, auto-renew subscriptions and more being explored by developers.

They started to grow in popularity after a trend in 2019 when genres outside of first-person shooters began to implement them. As GameRefinery notes, one reason for the success of the battle pass is its ability to integrate into many genres without impacting core gameplay.

Call of Duty: Mobile is highlighted in the report for its auto-renew passes, a "permanent" subscription option with monthly benefits. Meanwhile, Royal Match is mentioned for its more unique implementation of a socially incentivised battle pass – wherein all members of a guild receive a gift when someone buys a premium pass.

The GameRefinery report suggests that gacha mechanics prove even more popular than battle passes, with three-quarters of the US’ top 20 per cent of games (based on gross revenue) featuring a gacha shop or refreshing wares.

The number is higher still in Japan, with gacha featuring in 93 per cent of cases. Nintendo's three biggest earners in the mobile space also contain gacha elements, as does HoYoverse’s Genshin Impact, a game whose revenue has now surpassed $3 billion across the App Store and Google Play Store.

IAP offers are also generally well-received, with GameRefinery noting that elements such as exclusivity, urgency and progression opportunities see "powerful" levels of success. Almost all of the top-grossing mobile games in the US feature some level of time-limited offer.

data.ai recently predicted that mobile gaming will exceed 60% of entire the games market in 2022.