11% of subscription-model apps are games 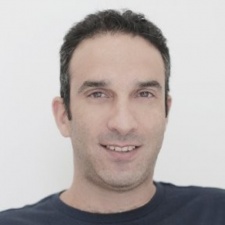 Liftoff and AppsFlyer have partnered to release a new State of App Marketing for Subscription Apps report, detailing consumer trends and highlighting changes to apps, games, and subscription services post-ATT.

For the report, the companies analysed six billion installs of apps featuring subscription services, identifying 3,000 apps that reached a minimum 3,000 installs per month. This was across the period of January 2021 to March 2022.

In the era of privacy since Apple introduced ATT, the install rate for games has dropped by 18 per cent on iOS and has even hit Android with an eight per cent drop.

The number of mobile games utilising subscription services is significantly smaller than non-gaming apps. Where 82 per cent of revenue is generated via subscription models among other app types, subscription-based revenue only accounts for 36 per cent of overall player spending on games.

Furthermore, whilst subscription-based apps were found by Liftoff and AppsFlyer to be seeing yearly growth, currently only 11 per cent of said subscription-model apps are games.

Gaming apps, conversely, were seen to have the highest opt-in rates for ATT at 54 per cent, with North American users showing 32 per cent more willingness to opt-in for a game than any other type of app.

"While app marketers are drawn to adopting a subscription pricing model because it allows them to better predict future income and enjoy a recurring revenue stream, in reality, it’s vital to understand that offering a subscription model is a major commitment," said AppsFlyer head of content and mobile insights Shani Rosenfelder.

"Subscription app marketers need to focus on long-term retention, given how challenging acquiring new subscribers can be," added Liftoff SVP of marketing Dennis Mink. "Best to start by optimising UA campaigns for registration and subscription events, followed by re-engagement campaigns on Android, which can be incredibly effective."