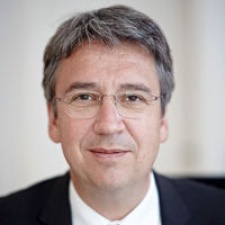 Apple’s policies on the tracking of third-party apps have come under investigation by Germany’s cartel office, which is investigating whether the rules give the company preferential treatment or hinder competitors, specifically within its App Tracking Transparency (ATT) framework, according to Reuters.

A spokesperson for Apple stated to Reuters that ATT does not prevent companies from showing ads and allows users to control their privacy. The spokesperson also stated that Apple will work with the cartel office to resolve any issues and discuss its approach to tracking.

Andreas Mundt, cartel office president said: “We welcome data-friendly business models that give users choices about how their data is used.

“However, a company like Apple, which can unilaterally set the rules in its ecosystem and especially in the App Store, should make them in line with competition.”

The cartel office also opened proceedings against Google earlier in January 2022, and is considering launching cases against Facebook and Amazon. Meanwhile, Apple and Google are similarly under investigation by the UK’s competition regulator for their holds over browsers and cloud gaming.

Last month, Apple lost its bid to dismiss a lawsuit by rival app store Cydia, who accused have accused the company of holding an unlawful monopoly on software distribution.