Manticore opens up its Core platform for NFT projects

MekaVerse and 0N1 amongst the first to build 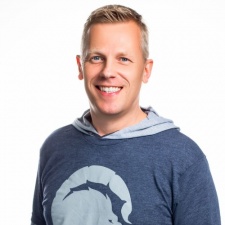 If one of the more valid criticisms of NFTs is they're just static 2D images, lacking utility save for Twitter flexing, Manticore Games is looking to change all of that.

The company behind the Core game development and distribution platform has taken a significant step forward by opening up its technology to all NFT projects running on the Ethereum blockchain.

Simply put, creator communities will now be able to use Core's robust tools to create 3D games and environments which NFT owners can interact with by connecting their Ethereum wallet.

NFT projects such as MekaVerse and 0N1 are already working directly with Core to build out fully playable social worlds, while the highly decentralised Loot project is also using Core to transform its low level pixel and text primitives into fully interactive 3D experiences.

To bootstrap such activity more generally, Manticore is launching a set of free tools and example content as well as various tutorials and workshops, while its Core Collab programme will work more closely with specific projects as is already happening with MekaVerse and 0N1.

“Core is the first platform to bring interactivity to NFT projects in the metaverse so that fans, enthusiasts, gamers or anyone curious about NFTs can unlock new ways to create, explore and play with their digital assets," commented Manticore CEO Frederic Descamps.

One of the interesting elements of Manticore's approach is that it allows communities to build both totally open environments as well as creating content that requires the ownership of a specific NFT to access.

Similarly, the type of content can range from deep gameplay experiences to chatrooms.

Available on PC and coming to iOS soon, Core currently boasts over 50,000 experiences from 15,000 creators, and more than three million users.

The mobile games space is increasingly leaning towards NFT projects, including the Supercell-backed Oxalis Games; Playful Studios, founded by the Words with Friends creators, and Square Enix is doubling down on its partnership with Animoca Brands.