Sales revenue of Chinese game market reached $3.4 billion, down 6.74 per cent year-on-year, according to Gamma Data 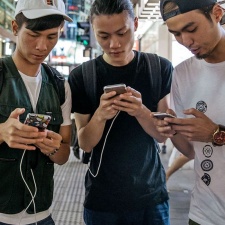 According to a report by Gamma Data, actual sales revenue of China’s game market $3.4 billion for May, down 6.74 per cent year-on-year, as detailed by Pandaily.

The decline of many prominant mobile games, as well as the poor performance of new releases, have been cited as a large part of this decrease, with revenue generated from the mobile industry falling 2.1 per cent from April 2022 and 10.85 per cent from May 2021.

However, bolstered by the performance of League of Legends: Wild Rift, MOBA games had the highest share of turnover, while turn-based RPGs also saw their share increase.

This marks the third consecutive month that the Chinese game market’s sales revenue has declined year-on-year, and the second time this year that both year-on-year and month-on-month revenue have declined. The decrease in turnover also saw overseas revenue fall 5.80 per cent to $1.46 billion from the previous month.

Although China ceased granting new games licenses 2021, resulting in around 14,000 studios shutting down, the freeze ended in April 2022, and licenses for 105 new titles have since been granted.