Games include League of Legends Esports Manager and Return to Empire 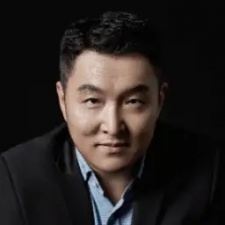 At its SPARK 2022 conference, Tencent Games has shown off 44 products and 26 game updates, with senior vice president Steven Ma stressing the increasing importance of expanding game technologies into science and culture.

Among the 26 games with progress updates at Spark were League of Legends Esports Manager, Evolution, Code: To Jin Yong, and Return to Empire.

League of Legends Esports Manager will receive an open beta in the mainland Chinese market this July, and a demo for Evolution will be the first to demonstrate Tencent Games’ Start Engine cloud gaming technology.

TiMi Studios, meanwhile, is developing Return to Empire for the Chinese market in a partnership with Xbox Game Studios. A strategy-based mobile title, the game will reimagine classic siege battles as it utilises elements from the Age of Empires IP.

"The gaming industry is not one that develops in isolation. Since its inception, the industry has always been mutually driven and symbiotically developed with cutting-edge technologies, and have accumulated a series of unique technical capabilities," said Ma via a digital double, using technology from Tencent's NExT Studios.

These announcements come as Tencent Holdings has lost $7.4 billion in its Hong Kong market value, with major shareholder Prosus recently announcing preparations to cut its stake.

Last week, sources claimed that Tencent has entered the hardware space with XR ambitions and the formation of an official extended reality unit. The megacorp also opened a new studio in Liverpool, England last month.