Basketball in the "real-world metaverse" 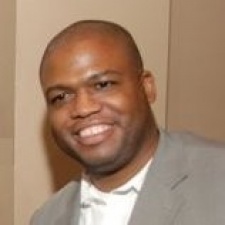 The officially licensed game in progress, NBA All-World, will be a free-to-play geolocation game where NBA fans can experience the "real-world metaverse".

Gameplay in NBA All-World will involve finding, challenging and competing with modern NBA players, who are then able to be recruited. Outfitting players with custom apparel will be NBA All-World’s means of incorporating NBA fashion.

"NBA All-World represents an industry first in sports games, as an original, real-world mobile game that will appeal to casual and core NBA fans alike," said Niantic senior producer Marcus Matthews "We’re creating and designing a game that empowers players to represent where they’re from and showcase their individual style."

"Through our partnership with Niantic, NBA All-World will provide fans across the globe the opportunity to fully immerse themselves into the energy and excitement of the NBA," commented NBA head of consumer products Matt Holt.

NBPA EVP of licensing for THINK450 Josh Goodstadt added: "NBA-All World gives us the opportunity to bring NBA players into Niantic’s real-world metaverse, opening up paths for fans to interact with them in a new way.

"Niantic has proven experience building games that encourage engagement in local communities, and having our players integrated into NBA All-World adds to that immersion."

Niantic unveiled Campfire last month, its social app “for the real-world metaverse”, as well as its Lightship visual positioning system. Meanwhile, Apple insiders claim that Apple’s VR headset will be released next January.