The third FunPlus title to be published by Flexion 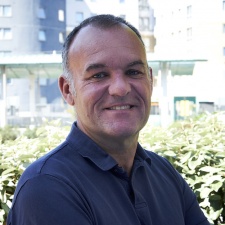 Now live on the Huawei App Gallery and Samsung Galaxy Store, the expanded distribution aims to bring in new players and increase revenue with little work necessary on FunPlus’ part.

Flexion announced the signing of an agreement with FunPlus for the game's distribution in May, a month wherein King of Avalon generated $7 million dollars on Google Play, according to Sensor Tower.

"FunPlus is one of the world’s top mobile game developers so we’re delighted to have launched another of their games," said Flexion Mobile CEO Jens Lauritzson. "Our approach brings FunPlus an easy way to add revenue and audiences for their games."

FunPlus and Flexion first partnered in 2019, with the distributor previously launching FunPlus’ Guns of Glory and Z Day on the Samsung Galaxy Store, Huawei AppGallery, Amazon App Store, and ONEStore.

King of Avalon collaborated with actor Orlando Bloom earlier this year to bring Orlando the Nightshard to the game as a limited-time playable character.

Meanwhile, Android games are currently struggling to retain players, according to a recent Pushwoosh study that claims 57 per cent of Android users uninstall the game on the same day they download it, and 75.4 per cent do so after the first month.