The acquisition has hit a sour note with some consumers, with it no longer available in multiple territories 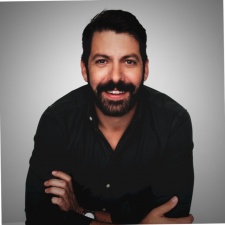 The game, inspired by Wordle, tasks players with attempting to guess a song based on the opening notes. Players are given six attempts to do so, with subsequent guesses revealing more of the song.

Although Spotify has several features aimed towards music discovery, such as the 'Discover Weekly' playlists, the firm sees the acquisition of Heardle as a new method to introduce consumers to new artists, and will offer players the chance to listen to the whole song after each game is complete.

“Heardle has proven to be a really fun way to connect millions of fans with songs they know and love and with new songs . . . and a way to compete with their friends as to who has the best musical knowledge. Since its debut, the game has quickly built a loyal following, and it aligns with our plans to deepen interactivity across the Spotify ecosystem,” said Spotify global head of music Jeremy Erlich.

Only available in select countries

However, some fans and long-time players have been left unimpressed by the acquisition, as reported by the BBC. The game rose to prominence in the wake of the success of Wordle during the peak of the pandemic, but with the new acquisition it’s now only available in certain markets: the US, UK, Ireland, Canada, Australia, and New Zealand.

While a rollout is planned for other countries once localisation has been completed, no specific timeframe for this has been mentioned.

Despite Spotify’s assurances that the transition is seamless, some players are also reporting that their stats and streaks have been deleted.

Earlier this year, Spotify took its first steps into the metaverse with Spotify Island, with the aim of offering new ways for artists to connect with fans.