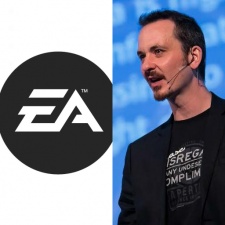 EA has filed a patent which will generate in-game content based on how a player approaches a game.

The patent application for the technology – titled Persona Driven Dynamic Content Framework – was originally filed in April. The patent states that a persona system “determines a player persona for a player of a gaming system based on gameplay information for the user and, for example, performs dynamic content generation or additional product recommendations based on the player persona.”

The framework will analyse data such as how much time the player spends in combat, how much of the map they explore, how fast they progress through the storyline, and whether they opt for easier or more difficult challenges. A persona will be built around this data to offer an individual experience.

"What the games industry is witnessing is the emergence of a new generation of tools to better personalise and optimise player experiences. Game developers have the opportunity to understand significant amounts of event data from games, and classify users based on player behaviour."

Data could be used to offer the player gets an individualised experience across their entire library of applicable titles. Using combat as an example, the patent states that "the combat dimension of the player persona may be derived from gameplay data from multiple games, including games of different genres (e.g., first person shooters, role-playing games, combat flight simulation games, etc.).”

The framework could also be used in advertising, analysing player data and comparing it to the average personas of those who play other games to provide targeted ads for games which each individual user is most likely to enjoy – and purchase.

Of course, targeted ads and dynamic difficulty or gameplay experiences are nothing new to the industry – however, this framework has the potential to escalate this, utilising more accurate and specific data as opposed to simple metrics such as demographics or preferred in-game behaviour.

Earlier this month, the EU approved the Digital Services Act, which bans some forms of targeted advertising.