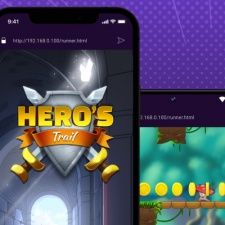 Opera and GameMaker have beta launched GX.games, a web platform intended to support mobile games publishing, as of July 22 2022.

GX.games is a game web platform that allows users to publish mobile games created through GameMaker on the Opera GX browser platform. The firm states that mobile games can now run with "native-like performance" on both iOS and Android, as well as identical functionality between mobile and desktop access.

Today's beta launch of the mobile version of GX.games will not feature playable games, which are expected to to be added after the first GX.games mobile game jam, which will take place soon.

GX Games Product Director, Joanna Czajka, stated: “We want game creators to be able to spend most of their time creating games, not figuring out the complex issues of compatibility. Building a mobile game and making it available on every mobile device via the mobile web has just become super easy with GameMaker and GX.games mobile."

Earlier in 2021, Opera released the mobile iteration of its gaming browser, Opera GX, on both iOS and Android.