The developers of Diggy's Adventure currently has a team of 300 people, 140 million players around the world, and offices in two countries 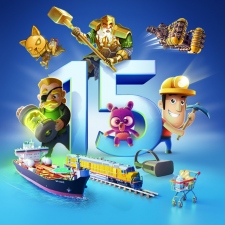 Pixel Federation, the first Slovak game developer to join the Playing for the Planet Alliance, has just celebrated its 15th birthday.

The firm currently has several achievements including having a team of 300, seven free-to-play mobile games on the market, almost 140 million players worldwide, and offices in two different countries.

"15 years ago, we rented a small space in an old industrial complex. The air stank of oil from the old machines, the water was leaking on computers, the toilets looked so bad we were too embarrassed to invite any visitors and the same song kept playing for days from the nearby dance studio… In some ways, those were precious times," said Pixel Federation co-founder Lucia Sickova. “Today, we’re working in several beautifully equipped locations, giving work to hundreds of amazing people. Yesterday, as we were celebrating our 15th birthday, I kept realising what incredible talents work for Pixel and how everyone contributes to the whole. It’s a dream we could barely imagine at the beginning.”

After launching mobile versions of its existing games, the company focused on developing mobile-only spin-offs of their popular transportation tycoons. The firm quickly established itself on the market by utilising its experience from previous titles like Trainstation 2 and Port City.

By 2019 Pixel Federation accomplished a successful managerial buyout. The Slovak social game developers followed this up by changing its structure to an employee stock company and implemented some much-needed innovations.

Then in 2021, a year after Covid 19, which played a significant role in the continuous growth in the gaming industry, Pixel Federation reached the company's highest revenues in its history, opening a new headquarters in neighbouring Czechia, and growing to a team of 300 game enthusiasts.

Around this time former CEO and co-founder Simon Sicko decided to step down from the position to follow his passion for art and discovery to lead the company's R&D team 14 years after co-founding the company. Co-founder Marian Fridrich formed a new board with high-ranking managers - COO Daniel Duranka and CPO Marek Stankovic.

What's next for Pixel Federation?

Pixel Federation CPO Marek Stankovic said, “When necessary, we work hard. When possible, we have fun. When we mess up, we learn from it (mostly!). And above all, we try not to look dead serious."

In the spring of 2022, Pixel Federation released Puzzle Adventure based on profound R&D research and experiences from its most popular title Diggy’s Adventure. Moving forward, the firm intends to launch a new tycoon and simulation titled Candy Inc. this autumn.

Apart from releasing new quality games from players to players, Pixel Federation hopes to preserve its identity and authenticity.