Gameplay Galaxy have secured a seed funding round of $12.8M with Blockchain Capital leading the round 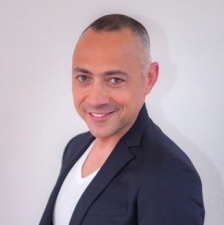 Gameplay Galaxy the San Francisco based and world's first Web3-powered, decentralized competitive gaming ecosystem has announced the successful closing $12.8 million seed round. The round was led by Blockchain Capital.

Gameplay Galaxy was founded by the creators of hit gaming series Trail Xtreme which as a franchise gained more than 250 million in global downloads. Gameplay Galaxy plan to develop Web3 games and bring Trail Xtreme to the blockchain allowing for their extreme sports playerbase to compete, buy and sell vehicles, racetracks, characters, and other NFTs. Players will also be able to earn money by competing in the games races and various competitions, the creators have stated that those who hold no interest in these aspects can still enjoy the game without participating in getting involved with features.

Blockchain Capital is a United States based venture capital firm that led the funding round but it also saw participation from a series of other sources such as Merit Circle, Com2us, Mysten Labs, Solana Ventures, Yield Guild Games and Hustle Fund.

Doron Kagan Gameplay Galaxy's founder and CEO commented on the possibilities with Web3 “The advent of Web3 has resulted in an open field of creative opportunities for game creators. Gameplay Galaxy has designed a new ecosystem that harnesses the full power of Web3 to provide a much more exciting and interactive gaming experience for our players,”

Kagan then went on to express what this means for their players “Our players are always our focus and we are also keenly aware of the need to advance the gaming industry’s business model and are proud of the role this launch will play in that evolution. Our Web3 ecosystem enables players anywhere in the world to play an active role in how the game is played, as well as to group into guilds and take part in game ownership and enjoy the financial upside of the game’s success. This coupling of rich gameplay experience with profitability potential – all on a Web3 platform – is a first-of-its-kind model and an important next step for the gaming industry overall.”

Gameplay Galaxy are intending to use the funding to build games that propel their Web3 ideas and help to bridge the gap between Web2 and Web3, they also want to develop its wallet offering and are looking to grow their team, looking for those who are passionate about Web3 gaming.

Gameplay Galaxy is currently preparing to release a new entry in their Trail Xtreme series as the first on this new platform and looking to expand their games portfolio further in the future.

If you are looking to know more about blockchain gaming, Web3 and everything the future of gaming has to offer don't forget Pocket Gamer Connects Helsinki is this month! You can still grab tickets now.