Gadsme is expanding its advertising business in a world first 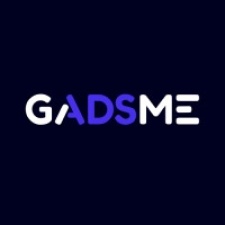 Ad monetisation specialist Gadsme has announced that they’re moving into the space of audio ads in a world first. As well as expanding its non-intrusive offerings with this move, the company has developed the first SDK which supports both display and video in-game ads as well as audio offerings. By doing this, Gadsme hope that studios and developers can avoid SDK headaches.

Gadsme’s ads are designed to be less intrusive and more respectful to players, as well as directly serving the gameplay. With this move, its SDK offers non-disruptive ads in all formats.

In-game advertising has become increasingly prevalent within the industry, with Allied Market Research forecasting that the industry will be worth over $17.5 billion by 2030 – an 11 per cent growth from 2022. Gadsme was the first company to introduce clickable in-game ads for both direct-advertising and programmatic demand.

The audio ads industry is worth an estimated $200 million worldwide, and is projected to grow by an additional $50 million dollars over the next four years.

A new type of advertising

To ensure that advertisers aren’t paying unfairly, only unmuted phones with their volumes set to over 30 per cent are counted as impressions.

“We have experienced tremendous growth over the last 6 months and our partners who are very happy with our stable in-game Ad product, kept asking if we would consider launching Audio Ads. Obviously, we always aim to please, and given we have the 3D SDK already, it made total sense to build Audio into it,” said Gadsme CEO and co-founder Guillaume Monteaux. “So, in 2 months we’ve built out an entirely unique solution. Not only this, but as a business we strive on doing things differently and were adamant from day 1 that both static ads, video ads and now audio ads, could all be run seamlessly in one SDK and through the same console. A simple SDK update means developers can integrate a variety of Audio Ad placements directly into their Game.”

To help support the growth of its new business venture, Gadsme has partnered with Targetspot, a major audio ad provider for podcasts, radio, and the web.

“We met with TargetSpot a few months back and it was clear the industry needed more Audio Ad partners to drive supply and offer the right message, to the right audience, at the right time. Given we already had strong relationships with many game studios, plus a proven, pristine and stable tech solution in the 3D display arena, it was a natural progression to evolve into delivering Audio Ads, and TargetSpot was the ideal partner to maximize revenue potential for our partners.” Said Gadsme CRO and co-founder Simon Spaull.

Earlier this year, Gadsme raised $8 million for the development of non-intrusive ads.