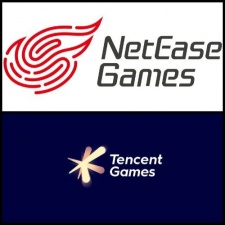 The National Press and Publication Administration (NPPA) - China’s media regulator – issued 73 gaming licenses on Tuesday. This marks just the fifth batch of gaming licenses issued in China this year, following a lengthy hiatus imposed on new licenses which was lifted in April.

Among the recipients of licenses are NetEase, and Tencent subsidiary Nanjing Wangdian Technology. Despite being two of the biggest gaming companies in the world, neither company has been the recipient of a new license following the hiatus until now.

Interestingly, the vast majority of licenses issued – 69 out of a total of 73 – were for mobile titles. Four were for PC, whilst just one was for the Sony PlayStation. No reason for this has been provided, but it’s worth reiterating the relative strength of the mobile market in China.

Chinese releases have been instrumental in the runaway success of titles such as League of Legends: Wild Rift which saw a sevenfold increase in consumer spend following its Chinese release, and Diablo Immortal which saw a 42 percent month-on-month increase in revenue following a delayed release in China. The East Asian country accounted for 61 percent of the game's total worldwide revenue in August.

Part of the success is due to accessibility, but another factor in the sheer number of mobile games could be the quicker development time and lower cost of creating a mobile title compared to a PC or console release. As such, with relatively few licenses being issued, companies may be focusing on the submission of titles which they can create for a lower cost in the hopes of a larger, and faster, return of investment.

Last month, we listed Tencent and NetEase as two of the top 50 mobile game makers of 2022.