SDK is said to be low latency and "crystal clear" 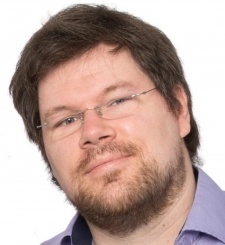 "By creating Odin by 4Players, we are giving developers the resources they need to create the most immersive gaming experience for the next generation. For us, this is important because at 4Players we understand, play and love games, and strive to have this reflected in our products," said 4Players CTO Sven Paulsen.

Offering 3D spatial audio features, the kit has been designed to integrate into game development engines and was built with the metaverse in mind.

Among Odin’s selling points is its lag-free "crystal clear voice chat", which is significant as the SDK has a focus on immersion and interactive gaming with multiplayer communications. 4Players has also announced an open-source chat client powered by Odin, for use in the workspace, such as video conferences.

Odin is encrypted end-to-end, GDPR compliant and can be specifically attached to in-game objects. Leveraging native Unity AudioSource API for playback, 4Players is encouraging developers to use AudioMixer and other standard Unity tools alongside Odin, adding that its APIs can imitate the effects of sound directions and thick walls.

"We are very excited in providing tools for developers to create fully immersive experiences to the players. We love games , we understand the struggles of the developers. And in the end it is all about allowing the gamers to enjoy them as well as they can," said 4Players marketing director Patty Toledo.

Game studio Combat Waffle has been using the tech in the VR game and multiplayer survival title Ghosts of Tabor. Combat Waffle lead developer Reinaldo Vieira commented: "Odin by 4Players voice chat is the best choice for cross-play voice communication, besides having features that competitors do not. The setup is extremely easy, and having a team that supports you every step of the way to ensure you are on the right track is a relief."

Patty Toledo on being female and unconventional in the games industry