Celebrations include Mii Racing Suits and several cities to drive around 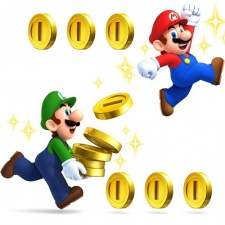 Celebrating its third anniversary this week is Mario Kart Tour, hosting the Anniversary Tour as the game races towards $300 million in lifetime revenue.

Originally announced last week via Twitter, this next tour will see players driving around several cities and will feature the game’s fifteenth wave of Mii Racing Suits.

MobileGamer.biz reported in May that lifetime player spending on Nintendo mobile games had almost reached $1.8 billion, with data provided by Sensor Tower. Mario Kart Tour had a strong performance during the early stages of the pandemic, rising 35.1 per cent in its revenues from 2019 to 2020.

However, the game saw a decrease in its year-on-year billings for 2021 compared to 2020 and, in early September this year, Nintendo confirmed via Twitter that Mario Kart Tour will be removing its gacha mechanics – a primary revenue source for the game – on October 4. We're unsure how this will affect ongoing player spend as this may just be one part of a greater monetisation shift for the title.

Nintendo’s top three mobile earners have all featured gacha elements up to now. They also all feature optional subscription services. Mario Kart Tour’s move away from gacha will mean the introduction of the Spotlight Shop, essentially an inventory where players can buy items instead of rolling on a gacha.

The company’s financial report for the nine months ending December 31 2021 revealed that collective mobile activity had generated roughly $347 million, which represented a decrease of 5.2 per cent year-over-year. Nintendo had predicted an overall sales decrease of 6.2 per cent for the fiscal year ending March 2022.