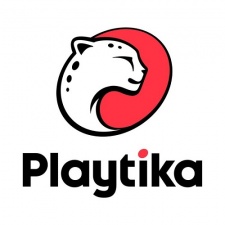 Playtika have announced the closure of their subsidiary studio, Seriously, as reported by MobileGamer.biz.

The studio, which was known for the creation of match 3 game Best Fiends, has been developing the title since its release in 2014. They were acquired by Playtika in 2019, although continued management and development of Best Fiends is reported to be moving to studios in Israel and Poland.

Playtika expanded on the closure to MobileGamer, “As part of an ongoing evaluation of its global operations, Playtika will close its Helsinki operations site, consolidating the management of the Best Fiends game into its Israel and Poland offices. We will work closely with our local employees to ensure a smooth and compassionate transition.”

Allegedly, the closure was not due to financial difficulties but due to serious creative differences between parent company Playtika and leadership at Seriously. Playtika supposedly wanted to push more aggressive monetisation of the title, but Seriously’s leadership objected due to player pushback. Playtika began publicly trading last year and has seen their stock dip in value since, which may go some way to explaining their attempts to better monetise their more popular games. Although the closure was apparently fairly amicable, with financial support for departing staff and help in finding new roles, it’s unlikely to take the sting out of Seriously’s closure.

Playtika’s Dudu Dahn previously spoke to PocketGamer about the difficulties of financing games in the mobile industry and his views on freemium versus premium monetisation models. It seems like that this philosophy is part of what moved Playtika to shutter Seriously and take a more intimate role in the ongoing development of the title. Dahn spoke about some of the issues the mobile gaming industry is facing, “One of the biggest challenges the industry has faced in recent years is the increase in CPIs or in other words, the price you need to pay today to get a new install.”

The CPI challenge would certainly be an issue for a game like Best Fiends, which has seen millions of installations from users. Without effective monetising for a freemium title like this, the CPI can make a significant dent in revenue.

54.9 percent of Playtika’s revenue now comes from its casual portfolio