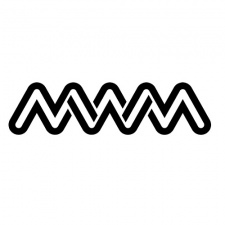 Paris-based mobile app publisher and development studio MWM have launched a new publishing business unit in the United States as part of its effort to build a global ecosystem of developers and empower mobile users to unleash their creativity on mobile devices.

MWM hopes to help its new partners become leaders in their respective categories and overcome industry challenges.
MWM also aims to collaborate with developers who lack the financial resources to effectively acquire new users, helping them to monetise their products and deploy scalable and targeted advertising strategies.

“At MWM’s core is the vision to make creativity accessible to everyone without limitations,” said MWM CEO and co-founder Jean-Baptiste Hironde. “When I was an aspiring DJ in college over 10 years ago, it was very difficult to have access to the best equipment. That inspired my best friend and me to create Edjing Mix, which enables users to create mixes with smartphones or tablets."

"Today, MWM doesn’t only create fun apps, it allows developers to achieve the success they deserve by sharing the experience we’ve accrued since the company’s inception.”

MWM uses a “user event processing technology” that gathers back-end and partner data to create an ecosystem of resources for developers. This database is complemented by the company’s machine-learning powered predictive technology, ensuring that processes are optimised and automated to allow for the potential of infinite scaling.

Additionally, MWM provides partners with actionable insights to optimise UI and UX flows to improve retention and reach through the use of data analysis.

Interested companies can submit their apps for review following a testing period. Once partners are selected, they keep IP rights for the product while MWM gains the publishing rights to use, promote and monetise the apps. A profit-sharing model is used for the period of the partnership, ensuring that both parties are invested in the success of the app, and all rights revert to the developers once the partnership ends.

Yesterday, we wrote that Paris-based developer Homa Games has rebraned as Homa.