The investment will support the development of two unannounced projects 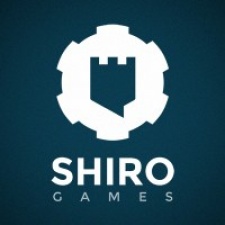 French developer Shiro Games has announced via press release that Cathay Capital has become a new shareholder thanks to a fresh investment. Studio co-founders Nicolas Cannasse and Sebastian Vidal remain as majority shareholders, and Shiro remains an independent studio.

"We are delighted to welcome the Cathay team to our capital,” said co-founder and CEO Nicolas Cannasse. “Their long-standing expertise in supporting and structuring fast growing companies will allow us to begin a new page in the history of Shiro Games while maintaining our identity and values and furthering our international expansion. Together, we will continue our adventure to become a leading developer and publisher in Europe.”

The company has also recently welcomed 10 new employees, bringing the total number up to 60. This strong growth is supported by the historic success of Northgard, which recently got ported to mobile devices, as well as the acclaimed launches of two titles currently in early access, Dune: Spice Wars and Wartales.
This investment will be directed toward the development of two new unannounced projects. The company is also developing its publishing arm under the Shiro Unlimited label, supporting independent studios in the development of original titles.

Investing in the future

"Shiro Games has demonstrated an unparalleled ability to produce several games of high aesthetic and experiential quality in parallel, as well as to federate a community of millions of players around the world who are attached to the Shiro signature,” said Cathay Capital co-founder and managing partner Edouard Moneit.

“With this momentum and the excellent fundamentals of the indie game market, Shiro has the potential to become a leading platform in Europe. We look forward to helping Nicolas, Sebastien and the entire Shiro team to go even further, thanks in particular to our experience in accompanying them through the acceleration phases and our international network.”

In September, Tencent made a $300 billion investment in Guillemot Bros in exchange for a 49 percent stake in the company.