UAE innovates in the world of tech 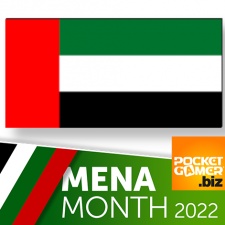 Cybermedia Research recently highlighted The United Arab Emirates’ (UAE) technology innovations. The UAE finds itself at the forefront of many technological advancements such as fintech, AI, gaming, AR and VR. The research zoned in on some key sectors where UAE tech startups are expanding, and what this could mean for the future.

The UAE is among the world's fastest countries at deploying 5G networks, with Abu Dhabi ranking in the top 3 fastest 5G capitals worldwide. 5G provides a network that runs faster and provides low latency allowing for faster downloadable speeds compared to that of 4G and a more reliable network with less lag.

According to AdColony research around 77 percent of adults in the UAE are playing mobile games. Considering the wider access to 5G networks, many of these players can utilise faster download times and play games with less lag, which is especially useful in fast-paced games such as first-person shooters. 5G networks will also benefit cloud gaming as we are already seeing devices that focus on this technology, such as the Logitech G cloud which will run more efficiently with access to 5G.

Augmented reality and virtual reality are technologies that can also benefit from 5G, these sectors are expected to contribute $4.1 billion to the UAE economy by 2030. The UAE's NDB bank already uses AR and VR technology for staff training purposes, as this can cut down on costs and time spent. It is expected that other companies will adapt to this method in the future to train employees in real-life situations.

The future of tech

Yesterday GITEX Global started, which is an annual event that takes place in Dubai. The event covers global trends in tech covering various sectors such as blockchain, metaverse, coding, and the above-mentioned AR and VR technology. The United Arab Emirates has situated itself in a leading position for technological advancements and only looks to strengthen its position in the future.

This November companies and industry figures will be meeting at Pocket Gamer Connects Jordan and the PGC Leaders Summit Riyadh.