Mobile Gaming in India grows with 5G and smartphone adoption

The world’s second largest country by population is increasingly adopting mobile gaming as a way to play. Both stumbling blocks and potential boosters being at play. 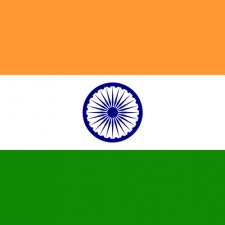 India has been one of the biggest players in the mobile gaming market for years now. As the second largest market in the world according to Newzoo, 91% of those players utilise mobile. However, real money gaming has proven to be the most popular genre including card games and cricket apps. With changes to how mobile gaming is offered to the public in India, this may very well be about to shift according to recent reports covered on sites such as OpenPR around reports into the growth of the Indian gaming market.

Earlier this month, VI (Vodafone Idea) announced their foray into 5g mobile cloud gaming in India. Bypassing many of the usual infrastructure issues such as laying down faster broadband, 5G of course is a much stronger mobile internet connection. By utilising 5G gaming the assumption is that this will make AAA quality games more viable for the majority of the populace. With how lucrative the Indian mobile games market is, there’s no surprise that taking a risk on the relatively new technology of game streaming is being performed in India by Vodafone.

According to the report referenced in OpenPR, the Indian market would likely see a CAGR (compound annual growth rate) of 19.75% from 2022 to 2027. In essence, this means that year on year the market would grow by that amount. They also reference the new offerings besides RMG (real money gaming), “Other factors driving the market include rapid digitization and the availability of different genres and untapped demographics.”

India also sees the government taking a strong hand in the mobile market. The rise of esports has been stifled by bans on otherwise globally popular games such as PUBG Mobile and Free Fire: Illuminate due to government concerns about privacy and these games’ connection to companies in China, with whom India has political tension. The rise of cloud gaming would likely offer new options from overseas in both the casual and competitive scenes that would be appealing to audiences and palatable to policy makers.

As pointed out by esports outlets, the stifled growth around the competitive scene does not seem to have slowed mobile adoption at all. As faster, more efficient phones become more commonly available, the mobile game market is only set to grow as adoption continues.