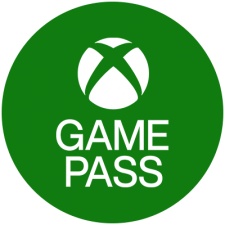 Brazilian regulators have recently given insight into Microsoft’s 2021 earnings on consoles from Xbox Game Pass, with potential revenues being even higher when considering that the service can be streamed to mobile devices.

When announced back in January this year, Microsoft’s plan was to purchase Activision Blizzard for $95 per share in a move that would make the tech conglomerate the third-largest video games company by revenue. As of now, the acquisition remains the largest in video game history.

CADE stated that the data had been provided directly by Microsoft, and in terms of Xbox Game Pass earnings on console, in 2021 the service generated a lofty $2.9 billion. This was ahead of both PlayStation and Nintendo, with the latter landing just shy of $1 billion for the year.

Microsoft’s Xbox service reached 18 million subscribers during Q3 of 2021, and in the year since has risen to 25 million in the current quarter. This is more than double the number of subscribers at the end of 2020.

In the 2021 fiscal year Xbox made $16.28 in total revenue, meaning its Game Pass revenue accounted for approximately 20 percent of the total. Furthermore, given that the CADE figure is purely based on console revenue, the value is likely to be significantly higher if accounting for PC and mobile revenue. The fact that Xbox Game Pass can also be streamed to mobile devices opens it up to a far greater income potential.

Regarding the Activision Blizzard acquisition, the company’s mobile division was said to be a key factor in the decision, according to Microsoft Gaming CEO Phil Spencer.