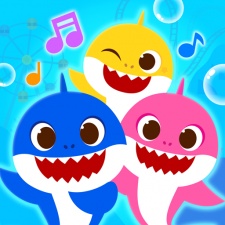 The Pinkfong Company has announced that it’s working on a new game with the working title Baby Shark Universe, based on its IPs Pinkfong and Baby Shark. Baby Shark universe is being co-developed by subsidiary Baby Shark Games and RetroFuture, and will be released on PC and mobile devices.

Although best known for its educational children’s music and videos, Pinkfong have been making increasing steps into the games space, including previous videos based on Baby Shark. The newly-announced game is set to be an open world, making it the first such game to use the IP.

Baby Shark Universe will also feature web3 elements, and differentiates itself from other existing web3 games by “providing gameplay guides through dynamic stories and adventures and empowering communities through diverse virtual lands, the digital spaces where players can develop their own content and stories.”

“We’re thrilled to announce the development of ‘Baby Shark Universe’ and bring one of the world’s most notable properties to open-world gaming. We cannot wait to introduce what we’ve been working on and offer new exciting gameplay experiences to fans and players around the world.” said Baby Shark Games CEO Cheong-Yong Kim.

“Pinkfong and Baby Shark are IPs born on the internet and have connected people around the world through the video with more views than the entire human population on earth,” said the company in a statement. “As such, we have always looked for fresh and innovative ways for these IPs to expand further both on and offline and engage with wider audiences. With emerging web trends including Web3, we thought that now would be the right time to explore the open-world game, where fans of all ages can enjoy the game play while creating and releasing their own Pinkfong and Baby Shark content.”

Further details about the game will be announced throughout 2022 and 2023.