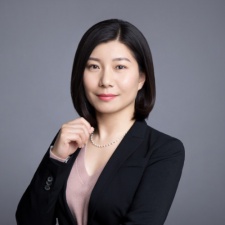 Celebrating female entrepreneurialism, Forbes China has recognised AviaGames CEO and founder Vickie Chen as an Industry Leader in its Global Chinese Elite Top 100 for 2022. Meanwhile, in the Stevie Awards for Women in Business, Chen is a finalist for the "Female Executive of the Year" category.

Chen founded AviaGames in 2017 together with Ping Wang, as a developer and publisher of mobile social competition games. By January 2022, AviaGames titles had been installed more than 10 million times.

Among AviaGames’ titles, perhaps the most well-known is the award-winning Bingo Tour. As a US-based company, AviaGames began its international expansion this year by releasing Bingo Tour and one other title, Solitaire Clash, on the UK App Store.

The firm’s Pocket7Games social competition platform has itself been recognised by the Stevie Awards as a finalist for the category of ‘Smartphone or Tablet App of the Year’. There were over 1,500 entries being considered and scored by more than 200 business professionals globally.

The Stevie Awards ceremony is taking place on 11 November 2022 in Las Vegas. Forbes China’s ceremony, on the other hand, has already taken place; Chen was recognised at the Global Chinese Elite Top 100 ceremony on 14 October 2022.

"It is an honour to be nominated alongside industry-leading Chinese entrepreneurs and female business executives, and to be acknowledged for achievement, innovation and impact," said Chen.

"These awards, and the leaders which I am nominated alongside, inspire me to continue to elevate AviaGames’ strategic vision and continue creative ventures to bring a more diverse range of people together to play the games they love."

Halloween-inspired mobile minigames such as limited-time, in-game pumpkin collecting are currently taking place within the Pocket7Games community, cash prizes included. Pumpkins can be used to take part in the Spooky Spin lottery wheel.

AviaGames has made a number of notable hires this year, such as Scott Leichtner and Weiming Lu joining the leadership team and former Glu Mobile CEO Nick Earl joining as a senior advisor.