Female gamers make up 35% of all players in Asia, and prefer strategy, racing and roleplaying games

A recent, wide-ranging report has gathered data on female gamers in Asia and their consumer habits, revealing some interesting insights. 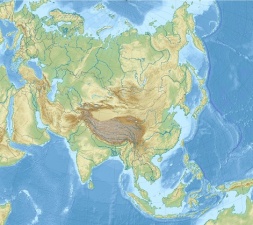 Female gamers in Asia have a strong preference for strategy, racing and roleplaying games, according to a report released by the market research and consulting firm Niko Partners. Their report covers major markets such as China, Japan and Korea as well as others including Malaysia, Singapore and an increasingly prominent India. We previously reported on Niko Partners’ Gametech report about how gaming is pushing technological innovation forward, including with mobile.

According to the report, India leads the way in overall mobile market growth at 29%, with Indonesia, Thailand and Vietnam following. However, Japan, Korea and China remain solidly in the top 10. The projected revenue for mobile and PC games overall in the region is $41.8b, up from a reported $35.6b in 2021. Given the rapid growth of the Indian mobile market, among others, it’s not surprising that the projected revenue is so massive.

However, the focus of the report and what makes it so notable is that it looks prominently at the role female gamers take in the mobile and gaming market for Asia. Making up 35% share of overall gamers, Niko Partners project that the female gamer demographic in Asia will have a YoY growth of around 7.6%. This is especially notable for developers, as it represents not just a growing market, but also one with different demands, likes and dislikes for the games they consume.

As we noted in the introduction, the top three genres for female gamers that Niko Partners have calculated are RPG, Racing and Strategy. Tower Defence, MOBA and TCG follow up shortly behind, with puzzle, shooter and action rounding out the top 10. Female gamers are also predominantly mobile gamers, preferring to play on handheld devices over other platforms, and 84% are willing to make in-game purchases.

The main three assets female gamers in Asia are eager to purchase are equipment, loot boxes and cosmetics - three elements which indicate that games with replayability and long term value are important to them. Notably, season and battle passes are low on the list, suggesting convenience to play is key.

Overall, it should be obvious that if developers and publishers aren’t seriously considering the female gaming market in Asia as a prominent source of revenue they’re missing out on a significant demographic. Back in September we reported on another study by Newzoo that also looked at the subject of female gamers more broadly, including how they felt they were treated within the gaming world.