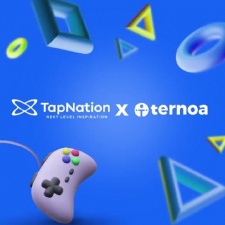 Through this partnership, players will be able to receive in-game prizes in Ternoa’s blockchain currency, Capsule Coin, said TapNation on Linkedin.

TapNation specialises in hypercasual games, and collaborates with studios all over the world. The company has achieved more than 500 million downloads across its portfolio, with its biggest hit, Ice Cream Inc, being downloaded more than 180 million times.

Outside of developing and publishing its own titles, TapNation also hosted its first game jam in 2020, with a top prize of $150 thousand divided among the top three participants, with the overall winner being Piffer. Although TapNation stated it plans to host a second game jam, no announcement regarding this has been made.

Ternoa’s technology includes features like storage of private data within NFT’s, sharing of NFT ownership, and loaning or exchanging NFTs with others while maintaining full ownership rights, all through a blockchain basis, and the company’s security model allows users to store private data securely within NFTs.

More and more game makers are gaining interest in Web3 and blockchain gaming, although often these concepts can feel inaccessible to consumers, either due to the complexity of the concepts or the financial cost of entering the cryptocurrency market. By offering blockchain currency as prizes, TapNation can help users make their first steps, opening up the blockchain to a new audience who may otherwise be too cautious about the technology.

More and more mobile-focused companies, from game makers to manufacturers, have been making strides into the blockchain market in recent years. Earlier this year Laguna Games expanded the Crypto Unicorns franchise with four new titles, hoping to bring casual gaming to Web3.