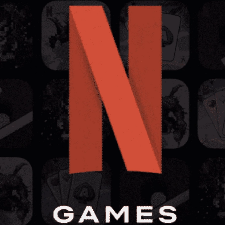 Netflix have placed a new job vacancy for a game director on their website, looking for experience in shooting and live service games for a new AAA PC game being created at its Netflix Game Studio’s LA office (via Mobilegamer.biz).

The studio is led by former Overwatch lead Chacko Sonny, and has a focus on Cloud gaming.

Exact details are scant, but alongside experience with “FPS and/or third person shooter games” the ideal candidate would have experience with cooperative and competitive gameplay and social systems, as well as at least 10 years of experience in a design leadership role such as game or creative directing.

The listings detail that the job will "help us forge the game direction and creative vision on a brand-new AAA PC game" marks the first significant effort for Netflix to carve out a gaming identity outside the mobile market, and its first original AAA offering.

Although mobile gaming remains the most profitable branch of gaming, it’s often seen as lower profile compared to AAA titles, which is reflected in the lack of award recognition. Netflix has repeatedly struggled to engage consumers with its gaming offerings, but an AAA PC game could help boost its profile as a developer.

One big boon for Netflix is its catalog of existing IPs. The company has already seen success with mobile titles based on its series and films, and outside of mobile space has drawn significant revenue through tie-ins and crossovers with existing games across genres, such as the multi-platform horror title Dead by Daylight. It’s not clear whether the upcoming shooter will be based on an existing film or series or be an original creation, but utilising an already successful IP can help the game draw the attention of existing fans.

It also appears that the game will be free to play for Netflix subscribers, much like its current portfolio. Although the company has previously taken charge of publishing several existing PC and console titles on mobile devices, such as Immortality, this would mark the company’s first attempt at utilising its monetisation model in PC spaces.

Although Netflix’s ad-supported membership tier has proven divisive, the company recently announced that ad-free game access will still be included as standard.