The mobile port of the AAA battle royale game snatched the honour for Best Overall Game, repeating its success in Apple's recent awards 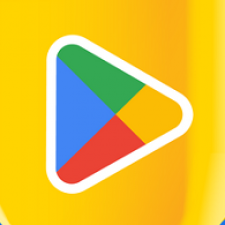 The game is a port of the popular battle royale game, a spin-off from EA’s titanfall series. Having already seen major success in raw numbers, including topping the charts in Japan for a solid 54 days, it's now seeing end-of-year recognition for that success.

Not only is the award notable for being another feather in EA’s cap on mobile, but also in the role eSports seemingly took in pushing the game to the top. In their blog post announcing the winners Google mentions how “Apex Legends Mobile rose through the eSports ranks, regularly trending and appearing in top 10 download lists throughout the year.” This sort of consistent success points to the reason that, even as a port, the mobile version of Apex Legends was considered and ultimately given the award.

However, Apex Legends Mobile has a major competitor waiting in the wings. Call of Duty Warzone Mobile has already surpassed 25m pre-registrations on Google Play and the App Store. So it’s likely that EA are aiming to enjoy snatching up these awards next year with Warzone's release imminent.

However, for now Apex Legends Mobile can comfortably rest on its laurels with two consecutive ‘game of the year’ awards.

Apex Legends Mobile also seems to owe its success partially to its prominence in the eSports scene. A fact which has seen mobile eSports grow into a much more prominent consideration by developers and tournament organisers. PUBG and Challengermode for example, teamed up in mid-November to announce a fund for amateur eSports tournaments across the world to add to their prize pool.