Israeli-based Playtika have sweetened their offer to acquire Rovio, as the latter remains reliant on their flagship franchise 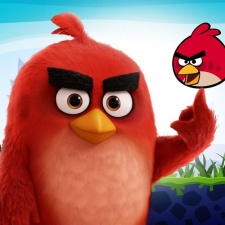 Israeli-based publisher Playtika has offered to increase its proposed purchase price for Angry Birds developer Rovio. Playtika announced that they would purchase the shares for a 55% premium of 9.05 Euros. This is a significant increase from the original offer of 8.50 Euros per share. According to reporting by financial outlets such as Reuters, this would equal around $738m if taken in totality.

As noted in their announcement, Playtika has been eager to acquire Rovio for some time. The upping of their offer is a further indication of intent, Playtika CEO, Robert Antokol said of the proposed acquisition “We firmly believe the combination of Rovio’s renowned IP and scale of its user base, together with our best-in-class monetization and game operations capabilities, will create tremendous value for our shareholders.”

Although the Finnish developer is not in dire straits by any stretch of the imagination, they have had a somewhat rough time in public trading. This is also the case for Playtika, who laid off 15% of their workforce and have been buckling down in the face of global economic slowdown. The deal would follow a pattern of acquisitions and consolidations taking place across the broader tech and gaming sector, such as the ongoing AquiBlizz saga.

Despite speculation that Rovio has had difficulty diversifying their portfolio beyond their famous Angry Birds franchise, it’s noteworthy that Playtika still mention this IP strongly in their statement on the matter. Angry Birds – following many successful games and even Hollywood movies – is still a well-recognised franchise both inside and outside the mobile platform.

And the potential deal has already piqued the interest of figures from around the industry. "Rovio's a solid business, with consistent revenues, but could well benefit by being part of a larger group," commented James Draper, CEO and Co-founder of Bidstack. "The Angry Birds IP continues to be strong with global appeal. Coupling with Playtika's large monetisation teams, I can foresee additional advertising growth through their portfolio. As brands look to deploy more dollars to gaming audiences, this is one of many consolidations I expect to see over the coming 12 months, with household name IP being acquired-in to drive revenues and user acquisition."

At this point it's still unclear how willing, if at all, Rovio is to take up Playtika’s offer. However, the studio is far from desperate, so we may see a further increased offer in the near future, depending on how eager the latter is to make the acquisition.

We also wrote about Rovio’s Angry Birds franchise in the context of it being a major turning point for mobile in the first part of our (hopefully ongoing) Mobile Masterworks series.