"Engines encourage creativity and risk-taking": the GameMaker Studio 2 boss on the rise and rise of indie games 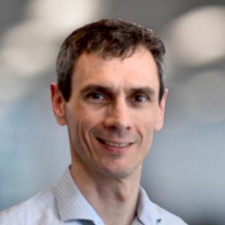 Since 1999, GameMaker has been a build-it-yourself game construction platform, with a scripting tool backing up its drag and drop interface. Five months ago, in March 2017, it was rebooted as GameMaker Studio 2, its first major update in two years.

With a premium price (from $99.99 to $1500.00 depending on what platforms you want to develop for – the iOS and Android version will set you back $399.99), a simple code-free editor for beginners, and a thriving community, it's a good place for indies to start.

James Cox is General Manager of YoYo Games. His team were at Develop in Brighton this summer - "having some of the industry’s leading minds together in one contained spot makes for excellent learning opportunities and business development" - where they picked up an award (Best Design & Creativity Tool).

We spoke to Cox following the win and asked him about what GamesMaker Studio 2 brings to the industry and why someone might choose it over, say, Unity...

PG.biz: Tell us a little bit of the history of GameMaker Studio 2. How did this new version come to be made?

James Cox: Studio was a huge hit with both indie developers and hobbyists alike, but for all its abilities there were some fundamental issues holding us back from taking it to the next level. The whole codebase was written in Delphi, an old Pascal language that was inflexible at best, and crippling at worst.

The entire IDE was based on a much older codebase: Game Maker 6, which dated from around 2006, so just wasn’t possible to keep slowly adding new things to it, it needed a ground up rewrite using an up to date language, and modern design paradigm.

On top of this, being in Delphi the IDE was un-portable, leaving our Mac users begging for a version they could run directly. We also wanted to write this for the future, making it modular and perhaps even allowing users to write their own modules, or design their own skins.

Much of what we do at YoYo Games revolves around our extremely tight-knit game-making community. We know the stakes for game developers are high and that game engines can sometimes make or break a project. GameMaker Studio 2 is the culmination of years of collected feedback from our users wrapped into a simple, yet robust toolset any experience level of game developer can use.

How does GameMaker compare to other game engines in the space?

The GameMaker name is synonymous with 2D gaming. None of our products delve into 3D game development and that’s exactly why YoYo Games and GameMaker is at the forefront of two-dimensional games.

By being laser-focused on one type of game creation, we feel we’ve mastered the concept of providing an all-in-one engine that’s completely devoted to a particular style of development. Each of GameMaker Studio 2’s toolsets, features and support staff is 100 percent committed to ensuring those making a 2D game are set-up for success.

A lot of mobile games are made with engines like Unity. Why would you encourage those creators to try GameMaker?

To be frank, we do not consider ourselves direct competitors with Unity – it’s an excellent product, but GameMaker Studio 2 was built solely for 2D game development. So, while Unity is more of a jack-of-all-trades type engine, GameMaker Studio 2 specifically enhances and amplifies the efforts of anyone making a 2D game for mobile devices.

It also allows for code to be simply and quickly ported onto mobile devices. This is why genius 2D mobile games such as Downwell and Crashlands were made with GameMaker Studio – it’s just easier, and faster, to make 2D games using our engine.

Doesn't the use of game engines mean games are becoming more homogenous?

While that’s certainly a valid concern, we believe easy-to-use engines like GameMaker Studio 2 encourage creativity and risk-taking. You don’t have to be a well-weathered developer with tons of experience to use certain game engines any more. This means someone with an innovative, unique idea can easily turn it into something that’s playable.

Engines like GameMaker Studio 2 have lowered the barrier of entry and, we feel, that’s going to take video game development into new realms. When it’s easy to have 1,000 objects, 10,000 sprites, all running at 60 fps, then your game can look and play as unique as you wish – add in 2D shaders as well, and developers can go even further. We make sure the tech is up to snuff so that developers can concentrate on the games.

The rise of indie games means there's a new generation of creators who need tools like this. Is this a new phenomenon or has there always been a homebrew crowd?

The last decade or so has certainly seen an increase in small, indie projects, but the homebrew community has been thriving for much longer. Just look at the Apple II, Commodore 64 and Atari 2600 – people were avidly making “homebrewed” games back then and still are.

Even the original Doom, or any id Software game from the time, could arguably be considered an indie game. The scene certainly has a rich history and we’re honoured to be a part of it.

What support do you give to indie gamers, students and first-time game creators?

Perhaps the biggest way we support these crowds is by simply listening. We’re a small company with a big heart and value our community highly. Our team makes in-depth how-to guides, constantly collects feedback and iterates on it, and monitors our active forums, answering questions where we can.

We know it’s easy to get discouraged while learning a new skill so our hope is that by providing these services we can help students and first-time creators avoid frustration as much as possible.

People were avidly making homebrewed games back then. Even the original Doom could arguably be considered an indie game.

What are the big trends that you're seeing in games at the moment? Do you see a particular kind of game or theme emerging amongst your community?

We’d say the biggest trend we see amongst our community is the continued popularity of rogue-likes and platformers. Some of the absolute best games created with GameMaker Studio fit within those genres or combine the two.

Outside of specific games though, another key trend we’ve witnessed is the sheer number of games being released. Video games are ingrained in world culture more than ever and we’re seeing incredibly diverse crowds picking up GameMaker Studio and working on or even putting out their own games. It’s almost overwhelming.

What challenges do you think the games industry faces this year?

Between the advent of VR and AR, the popularity of eSports, evolving business models from the console manufacturers, and the continued growth of mobile, the games industry is at yet another huge inflection point this year.

Additionally, the consumer faces challenges too, as the traditional ways of thinking around how video games are purchased and engaged with continue to be in flux. It’s so easy to consume content now. From TV to film, steaming on Netflix or watching videos on YouTube and Twitch, everyone creating content is competing for their audience’s time more than ever before.

The challenge for the game industry, as always, is to create new and entertaining games that people want to play or watch, and usually as a profitable endeavour. For 2D games, we can help with those both challenges in a big way.

Find out more about GameMaker Studio 2, including downloading the trial version, at https://www.yoyogames.com. The full list of winners from the 2017 Develop Industry Excellence Awards is available here.