The United States, Japan, and the United Kingdom had the most ad revenue last quarter for both iOS and Android apps 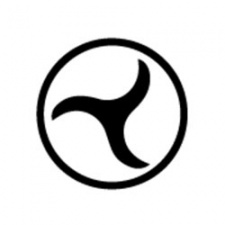 A report conducted by Tenjin, a mobile ads marketing agency, reveals some interesting figures from the second quarter of the year. According to the report by Tenjin, Android applications generated more revenue than iOS apps did in Q2 2022.

Given that only two years ago, 60 per cent of ad revenue came from iOS and 40 per cent came from Android, according to data provided by Tenjin in 2020. That's a 25 per cent comeback by Android in the last two years.

However, this shift in figures might be due to the fact that Apple introduced App Tracking Transparency (ATT), which restricted the tracking prowess of advertisers and gave its users the choice to not share their data. Of course, most users opted out of ATT, leading to lower effective cost per mile (eCPM) and lower total ad revenue.

Two months ago, Tenjin reported that 68 per cent of mobile games devs find marketing more difficult following Apple ATT and 99 per cent of developers plan to use alternative Android stores this year.

We shouldn't forget that Google Play released its new ad policy to minimise the use of intrusive ads, which hasn't been put into place yet. Once executed in September, this might have some effect on the ad revenue distribution of Q3 2022.

Furthermore, the infographic-based report revealed the countries that performed the best in terms of ad revenue for both Android and iOS. The United States, Japan, and the United Kingdom had the most ad revenue last quarter, coming in first, second, and third place on the list respectively.

After surveying 302 mobile firms in the UK and the US, Tenjin reported last month that 39 per cent of mobile devs have lost money due to IDFA changes. Alex Gurevich noted that Apple’s privacy overhaul is “leading to massive adverse effects to SMBs."