Founder and CEO Maarten Noyons on the final call for entries 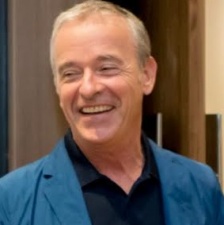 When the International Mobile Gaming Awards (IMGA) began 13 years ago, the world was rather different.

The iPhone hadn't yet launched, mobile games were played on Java-equipped feature phones and any Pokemon hunting was done on a Game Boy Advance.

The IMGAs are still here though, and developers can now enter their games for the 13th annual event.

To get the lowdown on the long-running awards event, PocketGamer.biz reached out to IMGA Founder and CEO Maarten Noyons.

PocketGamer.biz: For those who are unaware, please briefly summarise IMGA Global and how it works.

Maarten Noyons: Today the International Mobile Games has a call for entries for all mobile games - including mobile VR and AR games - published in 2016 or not published yet.

Entering your game is simple: just go to the website and follow the instructions, it only takes a minute.

If your game is unpublished, you can send us a link to an APK, you can use Apple’s test flight or HockeyApp. That’s it.

Your game should be in English; that’s the language of our multi-lingual and multi-national jury. The deadline for entries is December 31st, 12am Honolulu time.

Entering your game is simple, it only takes a minute.

On January 5th, our 250 online judges, all qualified professionals in the industry, play the games submitted and give their scores, using our online judging app.

When that first phase is over, we are ready to announce the nominees and to start the on-site judging session, which takes place in Marseille, France.

15 to 20 professionals get together for two days and play the games with the highest scores. On the last day they decide who the winners.

The winners are announced on March 1st at 111 Minna Gallery, 111 Minna Street in San Francisco.

What's the relationship between your regional awards in China, Middle East North Africa and Southeast Asia and IMGA Global?

Our local competitions help us discover the best games in Asia and the Middle East.

The winners of these competitions enter the global competition as well, if they are playable by our jury - which means, if an international version is available.

Why did you decide that the IMGA should also include virtual reality and augmented reality games?

Back in 2005 we awarded the first AR game, called AR Tennis: a two-player tennis game played with two bluetooth-connected phones.

AR and VR is a massive trend in mobile. Last year, when we launched the category, we reviewed 60 VR games.

It is true that most of them were tech demos, but we expect more finished games this year. We haven’t seen many AR games in the last year, but we expect that this is going to grow impressively in the next five years.

Tell us about your new category, Artist of the Year, and why you think it's important.

Artist of the Year is a new prize we want to give to the team or the individual with exceptional talent in design.

Our motivation for this prize is that we want to put the spotlight on the people behind the game and the company - to give them the respect and recognition that could help their career.

Artist of the Year is a new prize for the team or the individual with exceptional talent in design.

At the same time, it gives us an opportunity to communicate about quality, skills, audacity, originality and values that are in our opinion very important in the industry.

Have there been any other major additions or changes for the upcoming event?

The major change in the IMGA is our geographic growth. We are running competitions in China, Southeast Asia, Middle East and North Africa.

Every IMGA is running according to the same elaborate timeline and schedules, with the same independent and diligent judging procedure.

With these four competitions, we are truly becoming a global discovery platform for the best games and teams, wherever they are.

Another major change this year is the introduction of an online jury. We have invited professionals in the games industry to become a judge and play 20 games randomly selected among the 1,000+ entries.

The judges are asked to rate them and leave comments, if they want. This online judging became necessary due to the large number of submissions and the games becoming bigger and more complex, requiring more time to judge.

We want every game submitted to get the attention it needs.

IMGA Global covers many categories, but what is the one prevailing quality that you're looking for in submissions?

Each time, we are looking for a game that opens new perspectives and inspires other game makers.

If you look at the past winners of the IMGA, you can see that we awarded originality, authenticity and innovation.

But we look at many other aspects of a game, such as technical excellence, innovation in gameplay, exceptional artwork, replayability and fun.

The most important thing is to send us a great gameplay video.

Our judges consider many aspects of the games they play and since our jury members are all from different backgrounds, we usually have lengthy discussions about what games stand out, what games don’t and why.

What else should developers be aware of when submitting their games to IMGA Global?

The most important thing, after not missing the deadline for entries, December 31st, is to send us a great gameplay video.

Not a trailer, but a video which shows how the game is played. It can be long or short, but it should genuinely show the gameplay. The jury is not interested in trailers.

If your game is unpublished, and you are using TestFlight, make sure your build works up until mid-February 2017. You can send us an updated version.

And yes, leave an email address or mobile phone number so we can reach you to tell you you've won!

This is the 13th annual IMGA Global. How do you reflect on the growth of the industry since you started?

Yesterday, I was looking at a graph showing the speed with which smartphones were taken up in the US. In just eight years, everybody in the US had a smartphone.

There is no comparison with anything else in history, not even cars (75 years) or electricity (66 years) or colour television (18 years).

People like me, who have seen the transition of feature phones to smartphones, know that the main driver for the better screens, faster chips and new features was the mobile games industry.

Games are always taking technology to the bleeding edge.

The main driver for smartphone progression was the mobile games industry.

I am convinced that game developers will continue to do that in the years to come, AR is a great area of new experiments. Pokemon Go has opened the market for other location-based games and applications in the future.

Finally, why do you think developers should be submitting their games for IMGA Global?

Any game developer out there who thinks their game is special should submit it to the largest competition for mobile games in the world, the IMGA.

Winning an IMGA is like stepping into another league, playing with the best teams in the world.

If you win a prize, your game stands out in the App Store and Google Play. You give people a new reason to buy or try out your game.

You can learn more about IMGA Global and submit your game here.