Webzen: "There is a lot of pressure to always acquire a new cash cow"

CEO Tony Kim gives us the lowdown on the company's plans 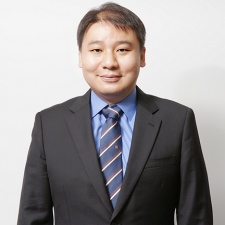 Today we have developer and publisher Webzen, which operates across both the PC and mobile spaces.

The studio is perhaps most famous for its MU IP, with games in the series including MU Origin, MU Legend and MU Online.

To find out more about the company and what it's up to right now, we spoke with Webzen CEO Tony Kim.

PocketGamer.biz: Could you explain a bit about your company and what it does?

Tony Kim: Webzen is a global developer and publisher of a variety of MMORPGs like the games of the popular MU series, including MU Origin, MU Origin 2, MU Legend and MU Online.

Webzen operates its global games portal Webzen.com to publish its own PC MMORPGs such as MU Legend, Flyff and Rappelz, with 60 million players from Europe, North and South America and other countries.

In terms of mobile games, we are currently working on the upcoming release of QubeTown and other mobile games for the global market.

First of all, we launched MU Origin 2, the sequel to our global success MU Origin in South Korea on June 4th, 2018.

After the official launch, MU Origin 2 gained a lot of popularity with over 500,000 downloads in South Korea. In addition, it has become the number two app in terms of sales both on the Google Play Store and Apple's App Store, and that in the highly competitive Korean games market.

Since Webzen has a publishing license for the global market, we are aiming to bring this game to global gamers as soon as possible.

South Korea is a highly competitive games market, how do you stand out?

In addition to hardcore RPG titles, Webzen is currently working on releasing HTML5-based games and casual mobile games in order to offer a broader variety of games on multiple platforms.

Furthermore, we are continuously working on new IP collaborations of our popular MU MMORPG series with popular brands, moving into different fields including webtoons, collectables, novels, movies and many more.

It's getting harder to retain a game’s popularity while other brand-new games come on the market.

For example, Webzen's MU served as inspiration for a visual arts exhibition in Korea and featured exciting and dynamic artwork inspired by the mythology of the popular franchise.

Apart from that, we are interested in becoming a part of the growing HTML5 market and plan to publish several games based on this.

For one of those games, MU Online H5, a closed beta test is scheduled to begin on October 12th and we will be rolling out the game in late October. MU Online H5 has already become the number two game in China and number three game in Taiwan in terms of sales after their respective official launches.

Unlike the hardcore RPG games of our MU series, the game is catering to a broader audience of users who enjoy playing multiple games at the same time.

What challenges do you face in the South Korean games market right now?

Not only Webzen, but all Korean games companies are facing the same situation: due to intense competition, there is a lot of pressure to always acquire a new cash cow, as the mobile game market is constantly changing and growing.

Compared to PC online games, the number of mobile games on the market is getting larger by the minute, which means it is also getting harder to retain a game’s popularity while other brand-new games come on the market.

On the other hand, this means that users can choose from a wider range of new games on the market.

As for the Korean market, the trend changes as rapidly as it does for other markets, and Korean gamers tend to consume game content even faster than users from any other country.

It is an immense challenge for us to keep up with the game development and publishing business while always keeping up-to-date with trends, especially since we have only limited resources.

Meanwhile, strengthening our R&D capabilities of technologies which will be an important part of future game development, such as AI and big data, is emerging as an important factor.

We are working on expanding our IP business, diversifying our portfolio and moving onto other game platforms.

We are working on expanding our IP business, diversifying our portfolio and moving onto other game platforms.

There is one piece of exclusive information that we have not released to the public yet: we are now in the final stage of signing a publishing contract for a double-A tier game.

We are also in contact with developers from different countries as well as Korea to expand our game development to that of single-A tier games.

Beyond that, we will continue to bring games based on the MU series to market. In addition to MU, we hope to introduce other promising games and surprise gamers with a variety of entertaining games next year.

As you know, Webzen is based in South Korea, but we have offices in Dublin, Los Angeles and Japan as well. Altogether, we are currently working with colleagues representing over 10 different nationalities in an international and multicultural environment in South Korea.

Webzen is expanding its search for qualified employees, including international candidates, to add new perspectives and knowledge about other markets to our company to develop and publish our games worldwide.