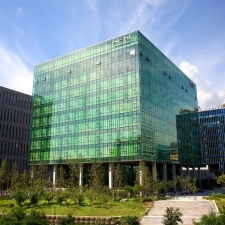 Today we have developer and publisher NHN Entertainment. The company hosts the online game portal Hangame that offers titles for both PC and mobile.

In recent times the firm is most recognised for its mobile titles, working on games such as Fish Island and Atelier Online, and nabbing key licences including Jumanji and Kingsman.

This is all on top of its other non-game businesses it has expanded into, including payments and cloud technology.

To get a closer look at what the company's up to and the thinking behind its strategy, we caught up with NHN Bigfoot CEO and NHN Entertainment publishing business department director Sang Ho Kim.

PocketGamer.biz: Could you explain a bit about your company and what it does? And how many people do you employ?

Sang Ho Kim: NHN Entertainment is a top-tier Korean IT company which started its business as a games company called Hangame in 1999.

Through the development of easy-to-play online board games and publishing of online PC games of various genres, Hangame gained a lot of experience and know-how in the games business.

From 2010, it successfully switched over to mobile games to keep up with smartphone era and now Hangame is well-established in Korea as a game brand that services both online PC games and mobile games.

NHN Entertainment has expanded its business portfolio to other fields including online/offline payment (Payco), webtoons (Comico) and cloud services (Toast). But the games business is still the number one priority that comprises more than 50 per cent of the total annual sales.

In Korea, Fish Island, developed by NHN Pixelcube (an affiliate game studio), received a lot of attention this year. Fish Island is a fishing-themed rhythm action game with RPG elements.

Normally, the Korean mobile games market revolves around large MMORPGs - on average, seven out of the top 10 grossing games are MMORPGs - but Fish Island was exceptional for being a non-mainstream genre that entered top 20 sales chart just after the launch.

This is a meaningful milestone for a fishing-themed casual game in Korea.

In Japan, NHN PlayArt (Japanese branch) launched the RPG called Atelier Online at the beginning of October and it is now in the top 20 grossing in Japan.

In Korea, the government has several regulations on online games, online board game regulations and game closure/refund regulations.

South Korea is a highly competitive games market, how do you stand out?

NHN Pixelcube, one of the affiliates, is a game studio specialised in casual games. It has positioned itself as the leader in puzzle games development, with Friends Pop maintaining number one status in Korea for an extended period, and the ‘LINE Pop' series (LINE Pop, LINE Pop 2, LINE Pop Chocolat) reaching 70 million downloads globally.

What challenges do you face in the South Korean games market right now?

In Korea, the government has several regulations on online games, online board game regulations and game closure/refund regulations.

It's something that we need to plan around whenever we launch new games.

One of the games with high expectation is Critical Ops: Reloaded, a sequel for Critical Strike which was downloaded more than four million times globally.

NHN Entertainment had invested $4.5 million into Critical Force, the Finnish game developer, and will service Critical Ops: Reloaded in Asia as the publisher.

NHN Entertainment stands out as one of the most desirable game companies to work for in Korea.

Play Museum, its office building, is a iF Design Award winner in the Discipline of Communication Architecture.

NHN Entertainment is well-known for its positive work environment and company culture, implementing concepts such as the:

Webzen: "There is a lot of pressure to always acquire a new cash cow"