The Meta veteran joins the Roblox team this week 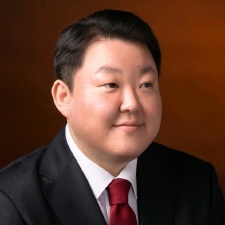 Roblox has hired Meta’s government relations head for South Korea and Japan Steve Park as its newly-created head of public policy for the Asia-Pacific region, the Wall Street Journal reports.

Park will begin in his new role this week, and has also worked on Meta’s virtual reality platform, Oculus.

This move is a part of Roblox’s strategy to grow in Asian markets. Last month, Roblox achieved an average of 58.5 million daily users. Although the US and Europe remain the core audiences for the platform, high use in Asian countries would drive growth beyond these markets.

Roblox continues to be one of the largest name in the emerging metaverse, in part due to the company’s collaborations with big names in other markets, such as fashion model Karlie Kloss and musician David Guetta. Benzinga reports that this new appointment highlights the company’s commitment to growth and its expanding focus outside its existing core markets.

In his new role, Park will be responsible for guiding relations between Roblox and governments in the Asia-Pacific region, such as Japan, the Philippines, South Korea, and Vietnam. His previous role at meta means that he can leverage his previous experience – and existing knowledge of government policy in Japan and South Korea – to help grow Roblox’s market share by advocating for the company’s interests and helping to create a positive business environment.

As part of this push to increase Roblox’s userbase in Asian markets, the company has also hired two public relations firms in Asia.
We have approached a PR representative at Roblox for additional comment regarding this appointment.

Last year, we listed Roblox as number 9 on our list of the top 50 mobile game makers. We’ll be revealing our list for 2022 tomorrow.