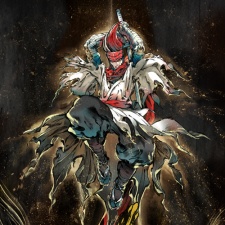 Japanese games developer Platinum has partnered up with DENA to publish its new mobile title called World of Demons.

The game is inspired by Japanese folklore and will pit players and their samurai warriors against a menagerie of monsters called Yokai. Visually World of Demons will take cues from Clover Studio’s Okami, with traditional Japanese ink-style painting and woodblock prints.

Many of Platinum’s founders had previously worked on Okami before the studio’s closure, so this title is being seen as a spiritual successor to the critically acclaimed game.

Gameplay-wise the title is set to harken back to Platinum’s warmly received Nier: Automata with its hack-and-slash mechanics. The move set encompasses dodging, parrying and sword-based combo attacks, and has been optimised to function with touchscreen.

Platinum’s first foray into the mobile games market will be free-to-play and will arrive on iOS in the summer with a release on Android planned for later in 2018.

In the recent past DENA has partnered with Nintendo for a number of titles, including Fire Emblem Heroes and Animal Crossing: Pocket Camp. According to the company’s CEO Isao Moriyasu as many as 10 per cent of its staff are now dedicated to Nintendo projects.

Fire Emblem Heroes, the most successful title out of this partnership, is thought to have made more than $100 million. DENA previously said the game had “reached a satisfactory level of sales” in its financials presentation late last year.