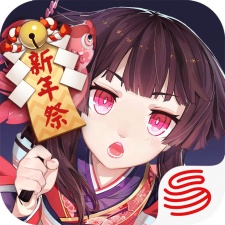 The Chinese publisher attributed decreased revenue from mobile games such as Onmyoji and New Ghost as the main reason for the drop.

It claimed however that increased revenue from battle royale hit Knives Out and new release Chu Liu Xiang helped offset the losses.

Indeed NetEase’s string of battle royale games such as Knives Out and Rules of Survival, as well as Terminator 2: Judgement Day, have proven lucrative ventures for the publisher.

Overall revenue from NetEase came in at $2.3 billion for the quarter, up 3.9 per cent.

"Our strategy to introduce games in non-MMORPG genres is also beginning to bear fruit. Monetisation for Knives Out and Terminator 2 is ramping up smoothly, and Identity V, our very first ABA game, attracted a huge fan base immediately following its launch in April.

"We are committed to executing on our game diversification strategy, and we are becoming more adept at reaching non-MMORPG users. As we work to expand our award-winning portfolio of online games, we expect our marketing costs will normalise going forward, compared with our marketing expenses in the first quarter of 2018.”