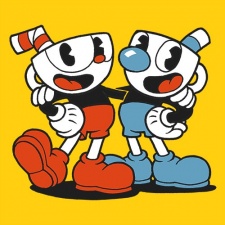 The run and gun indie game developed by StudioMDHR sees players trying to retrieve the character’s soul after losing it in a bet to the devil. Cuphead is scheduled to launch for Switch on April 18th, 2019.

Stranger Things 3 the game popped up again after originally been premiered at The Game Awards in December. The co-op experience will release alongside the next series of the hit Netflix show on July 4th, 2019.

Double Fine and Tim Schafer briefly took the screen to unveil the studio’s latest title Rad. The game is a 3D top-down action roguelike arriving in the summer.

Another interesting reveal was The Red Lantern from Timberline Studio. Players navigate a team of sled dogs through the Alaskan wilderness in hope of finding their way home. No firm release date was given except later this year.

A sequel to Blaster Master Zero was shown off, with the game launching on the console today.

Creators of roguelike rhythm title Crypt of the Necrodancer closed out the show, with its new Zelda spinoff - Cadence of Hyrule. The game will release in Spring 2019.

Recently Nintendo revealed a new Labo kit that utilises virtual reality by pairing the product with your Switch.

This story is still developing.