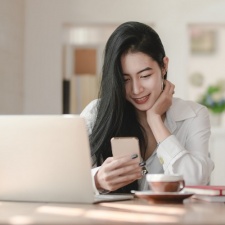 China's average weekly mobile game downloads increased by 80 per cent in February 2020 when compared to the entirety of 2019.

As analysed by App Annie, the country's installs shot up as a direct result of people staying indoors because of the ongoing coronavirus pandemic.

Average daily time spent across mobile devices rose to five hours, showing a 30 per cent jump for the same period. Across the App Store, downloads in China equalled 63 million per week in February, a 25 per cent increase over the previous month.

South Korea witnessed similar growth, with average weekly downloads leaping by 35 per cent and exceeding 15 million downloads for the week of February 23rd, 2020. Again, this was a rise of 25 per cent compared to January.

Slap Kings from Lion Studios has consequently benefited from the epidemic, with the casual title earning first place for downloads during the first two weeks of March across several countries, including France, Germany, Italy, the UK and US.

Furthermore, Woodturning, Draw Climber and Brain Test: Tricky Puzzles all ranked in the top 10 games by downloads in many markets too.

On top of this, it was revealed that Mario Kart Tour claimed first in mobile downloads for Nintendo worldwide in 2019 while Fire Emblem Heroes claimed first for top consumer spend.