New site launched for the celebrations 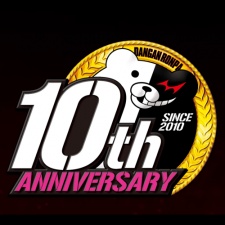 As reported by Gematsu, Danganronpa will have a crossover event with Identity V, a horror game developed by NetEase Games.

Anniversary live streams will be broadcasted once a month. The first one will take place on May 21st, and it will be shown on YouTube. The first stream has been titled "My Encounter with Danganronpa" and will offer more information on the 10th-anniversary celebrations.

All of the games are coming to iOS and Android. They will feature a new interface and revised controls. The first entry in the series Trigger Happy Havoc was released in 2010. Goodbye Despair was in 2012, and Killing Harmony was launched in 2017.