The biggest stories from across Asia 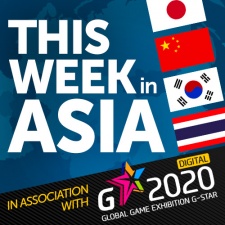 That's why we like to keep you, our readers, up-to-date on the latest goings on in Asia, a huge mobile gaming market that can be tough to keep track of, but one that the rest of the world should absolutely pay attention to.

We'll be rounding up some of the bigger stories from Asia each week, to ensure you're full in the loop with the latest goings on.

As detailed in the Japanese firm's recent corporate management report, its mobile expansion has granted even more players access to its IPs, including Animal Crossing, Fire Emblem and Mario.

Battle royale games made up 20 per cent of all total time spent among top mobile games by monthly active users in the first half of 2020, despite only making up three per cent of downloads.

More so, the mobile game accumulated approximately $500 million in 72 days alone, after reaching the $3 billion mark. PUBG Mobile has generated close to $1.8 billion from player spending and 198 million downloads from 2020 alone.

Nintendo has chosen to discontinue its set of 3DS systems as it shifts its sole focus to the Nintendo Switch.

This will be the first time that Nintendo is operating just one platform since 1989. However, despite the stop in production, games will still be available for the 3DS and its variations via the Nintendo eShop and various retailers. Furthermore, there are no plans to end online play.