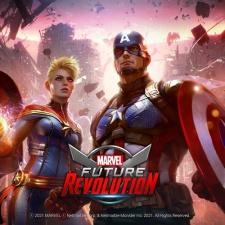 Marvel Future Revolution is the second collaboration between the South Korean company and Marvel and is a successor to 2015’s action RPG Marvel Future Fight.

The development of the game was first revealed in March 2020, with the opening of pre-registration and a soft launch on Android devices in Canada at the beginning of July 2021.

Players take the role of agents in the newly formed ‘Omega Flight’ Super Hero team to defend 'Primary Earth' from an endless series of threats. The game follows an original story written by Marvel Comics writer Marc Sumerak, who is known for working on The Avengers, Thor, Black Panther, Fantastic Four and more.

Those who pre-registered the game were entitled to additional outfits for each superhero inspired by Marvel comics.

Netmarble’s recent financial results have seen a revenue fall of up to 16 per cent with the company hoping to turn this around with the new, highly anticipated release.